The current IPL squad of Kings XI Punjab has joined hands with ItzCash, India’s leading digital payments fintech to drive awareness around epilepsy. Team players Glenn Maxwell, D. Sammy, Axar Patel, Martin Guptill, Ishant Sharma and Mannan Vohra along with the officials came together on Wednesday 10th May 2017, to support the social cause thereby eliminating the prejudice and creating solidarity around the neurological ailment. 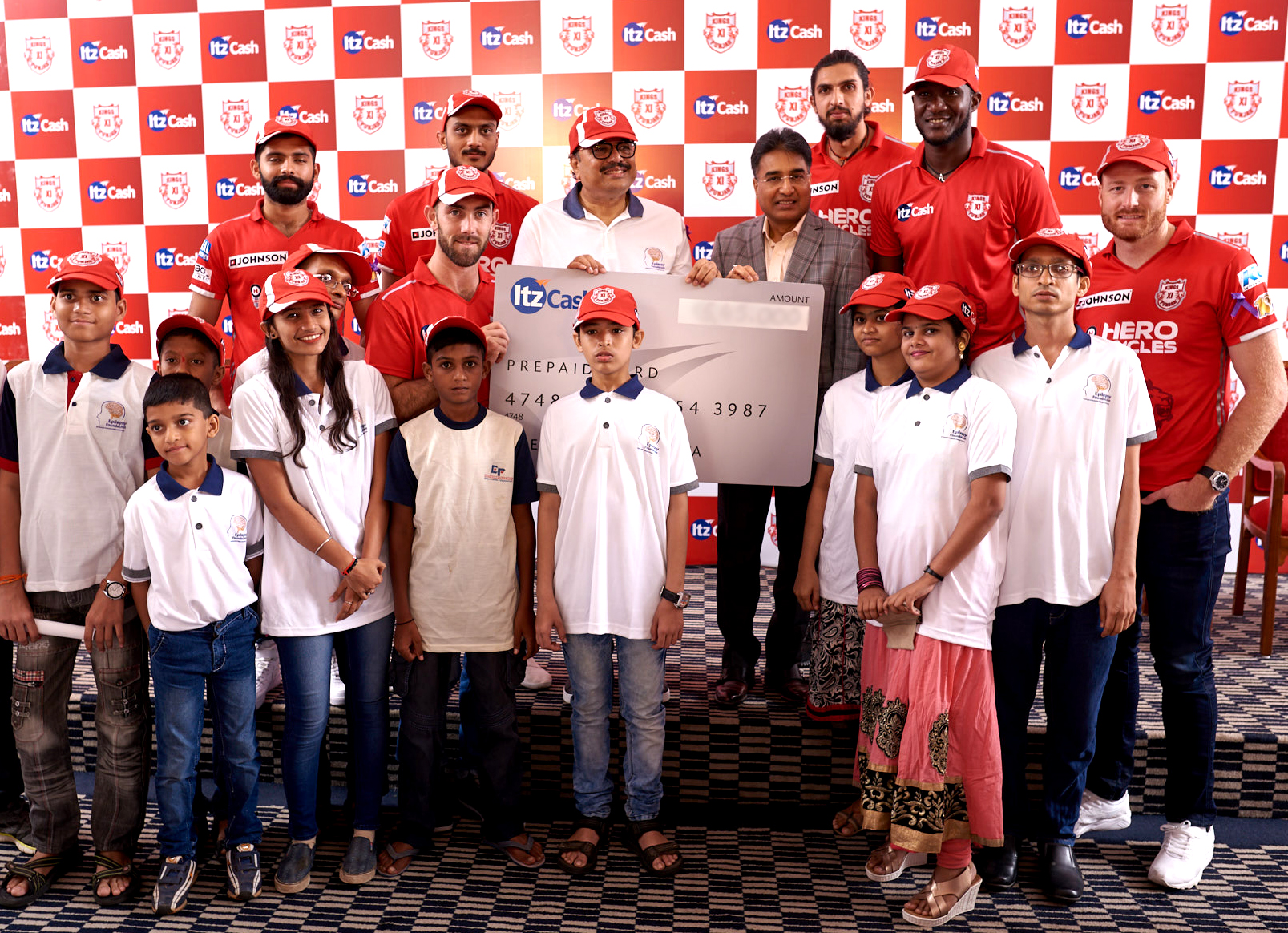 Autographed memorabilia like Team jerseys, bats, helmets and caps among others were being offered at special auction organised by ItzCash to raise fund for Epilepsy Foundation India. During the live auction, besides the merchandise displayed, players like Glen Maxwell and Darren Sammy offered their own t-shirts raising the temperament of the crowd which ended up pooling in a good amount for the cause. In sync with our honorable PM’s ‘Digital India’ vision, the proceeds of the auction raised were loaded on a ItzCash prepaid card which Mr. Ashok Goel, Chairman, ItzCash and the KXIP team jointly presented to Dr. Nirmal Surya, Epilepsy Foundation India.

Mr. Ashok Goel said, “There is a huge treatment gap for epilepsy in India. While this gap can be attributed to poor education, poverty, and poor healthcare infrastructure, lack of awareness stands tall and needs to be countered effectively. We wanted to drive our partnership with Kings XI Punjab in a very responsible manner and hence associating with this cause was a universal choice for everyone at ItzCash thereby influencing minds and creating awareness around the agenda.”

Dr. Surya on the occasion said, “Many do not know epilepsy is a treatable disorder and can be controlled, hence raising awareness among the masses is critical. The society is also restrained with a number of misconceptions around the issue that needs to be catered to; hence platforms as these will help showcase the cause in the right light. We need to look at many more initiatives of this nature not just in the urban areas but also in the rural towns to drive the agenda at the national level.”

Along with senior management of ItzCash, other big corporates were also present to support the cause and motivate the people of Epilepsy Foundation.

More than 15 kids from the foundation attended the awareness campaign. Purple being the color of the Epilepsy Foundation and signifying support to bring awareness around the social cause; guests were greeted with a purple ribbon at the registration desk.

ItzCash Card Ltd., India’s leading Digital Payments fintech and part of the Essel Group, was established in 2006. A pioneer in the prepaid payments in India, ItzCash initiated the concept of ‘digital cash’ to the Indian consumer and various business entities, heralding the beginning towards enabling a cashless transacting society. ItzCash continues to build on its innovation augmenting its product portfolio offering wide choice of payments and money transfer service having issued 110 million accounts till date. It constantly invests in upgrading technology towards creating world?class omni-channel payments platforms for the emerging India. ItzCash has presence across consumer segments serving 35 million consumers annually and over 75,000 franchisees branded as “ItzCash World” in 3000+ cities and towns. ItzCash is backed by marquee investors Matrix Partners, Lightspeed Venture and Intel Capital.